80% of New Year’s resolutions fail by February. Only 8% of people successfully achieve their resolution goals. Gym attendances spike in January but are at an annual low by March.

God bless us. We start the New Year with such good intentions, fueled on by the prospect of yet another new beginning and determined to shake off the indulgences and apathy of Christmas, and indeed the entire previous year. We love a clean slate to help us draw the line between the way we are and the way we want to be. So why do we fail so desperately so often and what is the impact of continual failure to stick to our goals?

Essentially we set the bar too high for ourselves from the start and in doing so we have often defeated ourselves before we have even begun. Jess touched on this in her recent post ‘2018 will be whatever you make it’.

For example when you start the year with the goal of losing a stone in weight, and you throw yourself in to full blown diet mode, your head is a jumble of conflicting nutritional advice, you immediately restrict yourself of everything you love and enjoy, you step on the scales morning and night, you pound the pavements in your new expensive running gear and you drink water like your life depended on it. Not surprisingly you lose two pounds the first week. Hallelujah. You are in love with life. This is easy.

Week two feels a bit easier, but your friend’s birthday party on the weekend proves too hard to resist and you eat your bodyweight in pretzels, crisps and peanuts. You don’t lose any weight that week. Full on depression follows, but nevertheless you remain undefeated and it gives you a renewed incentive to push on.

Week three is utterly miserable as you overcompensate by pretty much starving yourself. You pick up a niggle in your knee so you can’t run for the rest of the week. You feel guilty. This really is no fun at all.

By week four the justifications begin to kick in – there was nothing wrong with the way you were before you started this malarkey. You are running through the excuses to give up and they far outweigh the reasons to keep going. Dark chocolate is still classed as healthy isn’t it?

Week five is hell. You’ve have hung up your running shoes for good, you are cheating with crisps and chocolate and finding some damn good reasons why it’s perfectly acceptable to drink alcohol again on Thursday, after all it’s technically the weekend isn’t it?

It’s okay. There’s no shame. We’ve all been there.

The real problem is that our thoughts about failure are like compound interest. They grow steadily in the background as failure builds on failure builds on failure. The voice inside your head tells you that you aren’t good enough or clever enough, you’ve got wonky genes, other people are just better at life than us, you are doomed to fail…blah, blah, blah, blah on and on and on. Eventually the negativity that you have ‘invested’ within pays it’s dividend in the form of depression, sadness and general apathy as you resign yourself to the scrap heap, once again. 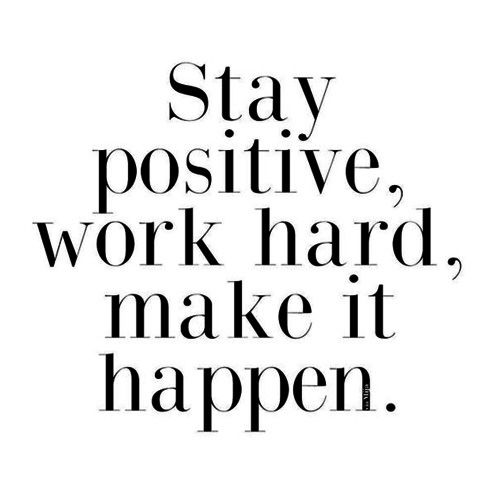 So you’ve convinced yourself you are doomed to failure, and as we’ve already discussed willpower is just about the hardest way to create a successful lifestyle change. So what can we do?

There are three things that will maximize your chances of success.

1.Break The Old Pattern
2.Make Small Moves
3.Do Something EVERYDAY.

Breaking The Old Pattern
Attempting to overlay a new pattern of behavior over a long entrenched existing habit is really hard work. The chances of success are minimal. The problem is behind the behavior you now want to get rid of lies a pattern that has become entrenched ultimately because it served a purpose. That pattern could be physically, mentally and emotionally etched into your being over many years of consistent programming. Take smoking for example. Everyone knows smoking is bad for them, but people don’t give it up even though they know it is killing them because it ticks other boxes. Smoking may provide them with the feeling of certainty, comfort, security, it may provide them the necessary time out that they can’t get in other ways, and perhaps it offers a chance to socialise with co-workers. The point is there are patterns of behavior that are deeply entrenched and they seemingly outweigh the negatives, even if that means serious compromises to our health.

Willpower may help for a while, but more than likely an ex-smoker who gave up that way will be able to tell you exactly how many days, hours and minutes it’s been since they last smoked. What you need to be able to do in order to break that habit is identify the triggers that spark the desire. Is it stress, the feeling of losing control, boredom? When you can identify the trigger then you can begin to switch the behavior that would normally have followed it. So you may decide to do five squats every time you recognize the trigger and crave a cigarette. This breaks the old pattern and if you repeat this consistently it will re-route the pathways in your brain to associate a new type of behavior with the trigger. If you can also attribute a feeling of success and gratitude each and every time that you behave differently than you used to, you will create new and healthier habits and this in turn becomes a self-fulfilling prophecy.

Small Moves
So with that in mind you are building a solid foundation for creating lasting change. The next step is just two words.

Start small.
Don’t set your goals too high. Don’t aim to run a marathon, start with fifty yards – start with ten yards if you need to.

You want to guarantee success as you build better habits. If you say you will run a mile and yet you want to collapse after a hundred yards, you will feel depleted and demoralised. If you say you will run fifty yards and you achieve it then you will feel on top of the world. The day after you can possibly attempt fifty five yards, then sixty. You will always be in a success based mindset when you achieve your goal each day and build small, incremental improvements.

There has been a great deal of extremely positive research into the success of building tiny habits. The Japanese call this system Kaizen, which is the process of making small, but continuous changes. One famous study tells of how a grossly overweight woman who couldn’t get out of her armchair was asked to simply stand up for ten seconds during the commercial breaks on television, begrudgingly she agreed to try it. Before long she was standing for the whole commercial break, of her own accord. Within weeks this woman had built up small but consistent changes enough for her to be running around the block, and all because she set the bar low and made tiny improvements every day. She started with something very, very achievable and built on that. Momentum took her the rest of the way.

In many ways it goes back to the compound interest analogy discussed earlier. If you make just a 1% improvement every day, in a year you will have achieved great things and yet feel successful all the way. There is the famous 30 day example that demonstrates the power of actual compound interest – if you invested £1 and doubled your investment every day after a month you would have almost £5.5 million!

In order to achieve small but consistent change though we do have to change our expectations of what we think will get results. As a culture we are getting more and more used to obtaining the things we want NOW. We can order anything we like online and receive it the same day or the very next day. Vast knowledge is instantly available to us with one simple search on our phones. We are used to instant gratification. There’s nothing wrong with that in most circumstances but when it comes to creating long lasting change and building strong habits then ‘fast’ isn’t necessarily the best way to achieve this. Neil Young once said ‘it’s better to burn out than to fade away’ and if you want to be a rock and roll trailblazer then this is potentially good advice, but if you want to be a healthy, happy person then slow and steady wins the race every single time.
Do Something EVERYDAY

If you can break the old patterns and get behind the idea that small moves build lasting change then the third step will be the easiest to master. It’s really simple. You have to do something EVERY DAY. You have to be consistent. You have to show up. The beauty of doing this is that you build up a winning streak and the fear of losing that continuous streak (loss aversion) motivates you to keep going. If you have gone 40 days without a drink you are more likely to refrain from temptation than if you are only two days into your run.

So to sum it up there are three main components that will help you to be in the 20% of people who see their resolutions through and not the 80% who don’t.